We had seen a calendar of NY icons centered around a monthly calendar in the Paper Source in 2013, and it inspired us to do a Boston version - here's a layout of the original plan. 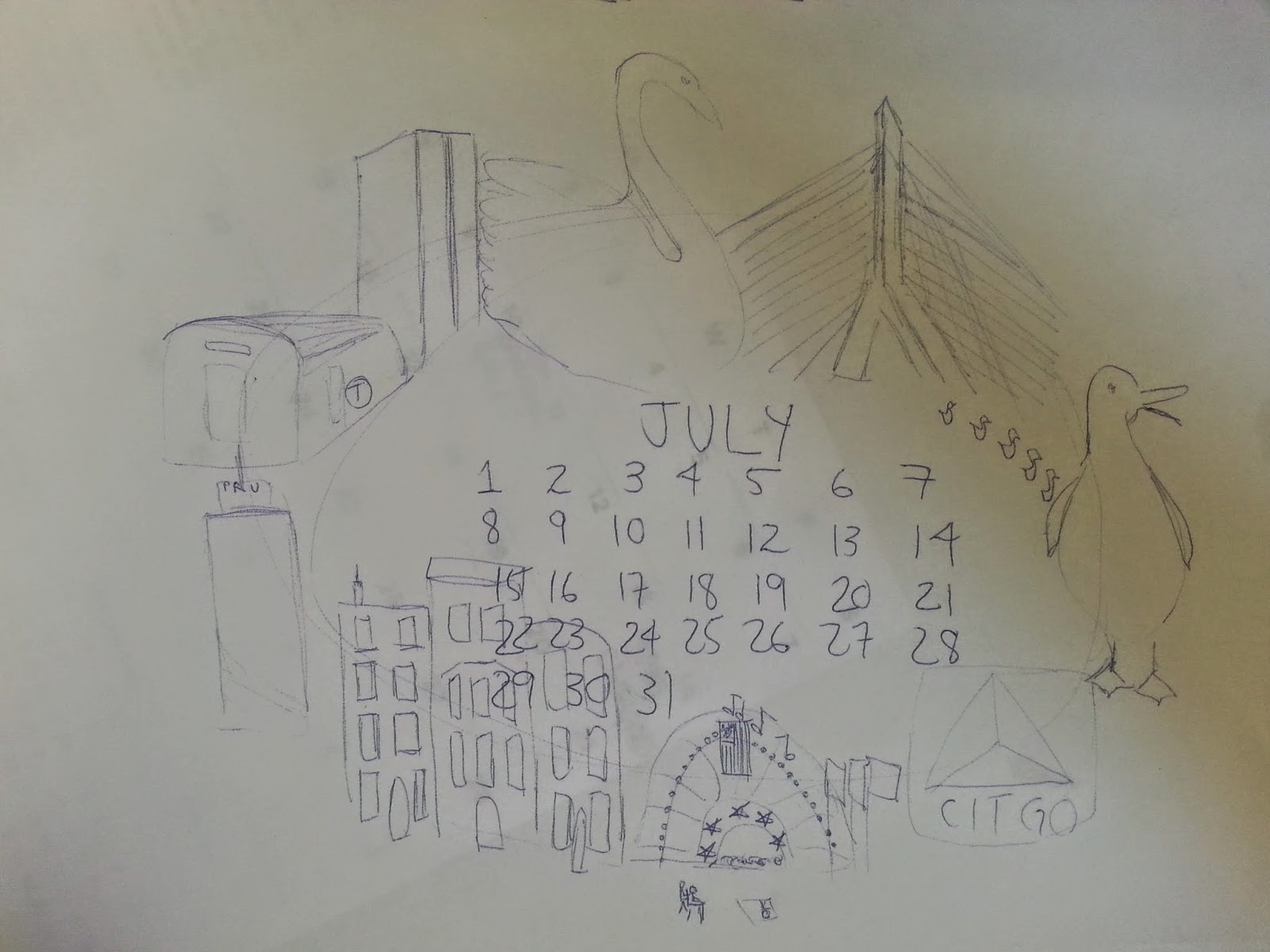 And here's a little more (SIDEWAYS) detailed hand sketch of what we were aiming to do (you can see actually that it's not so different overall in terms of what the drawings look like here and the end result): 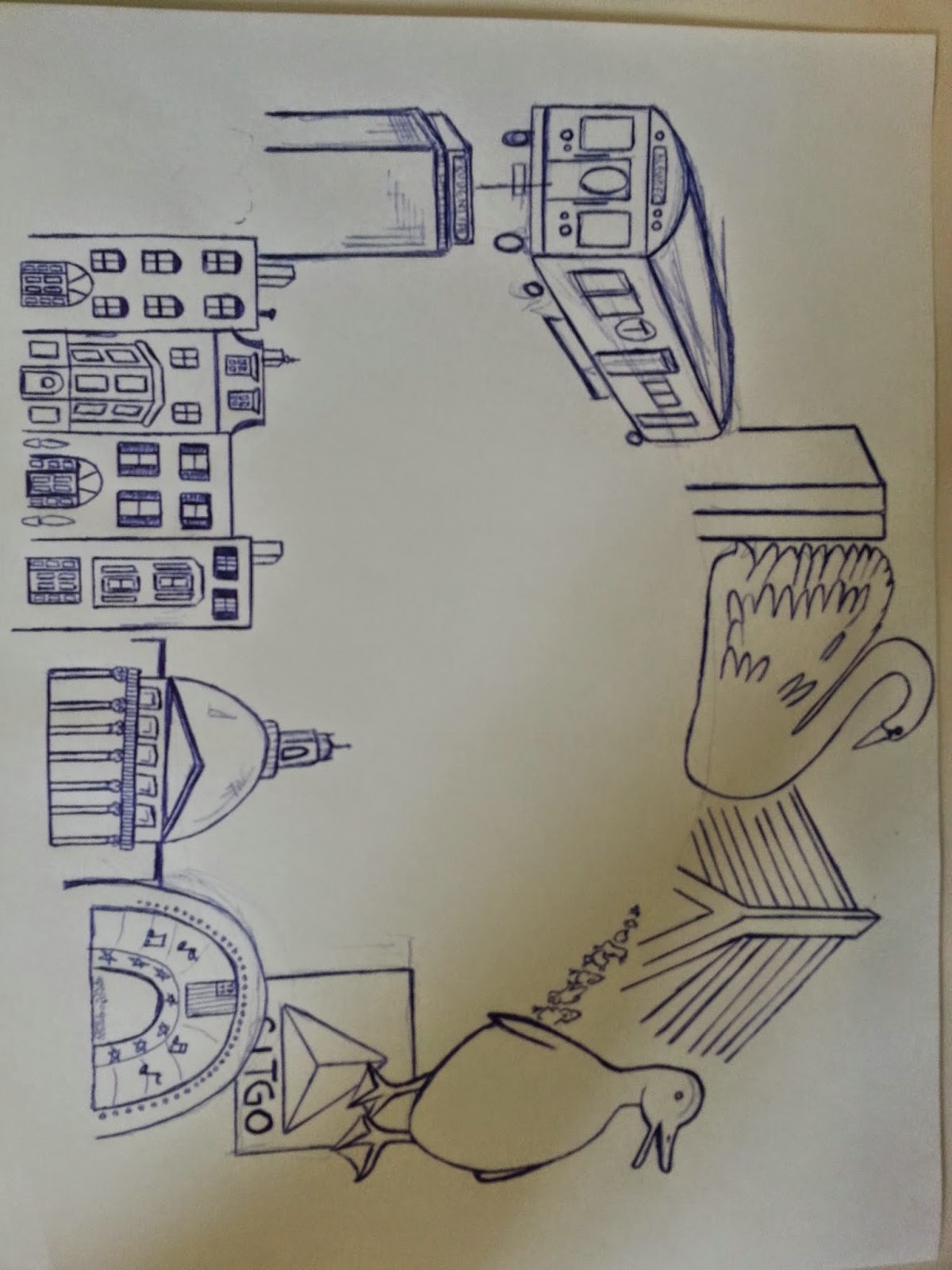 From here, we uploaded it to our editing program and painstakingly reverted the images to their original black (was actually blue, but we changed it to black) and white. 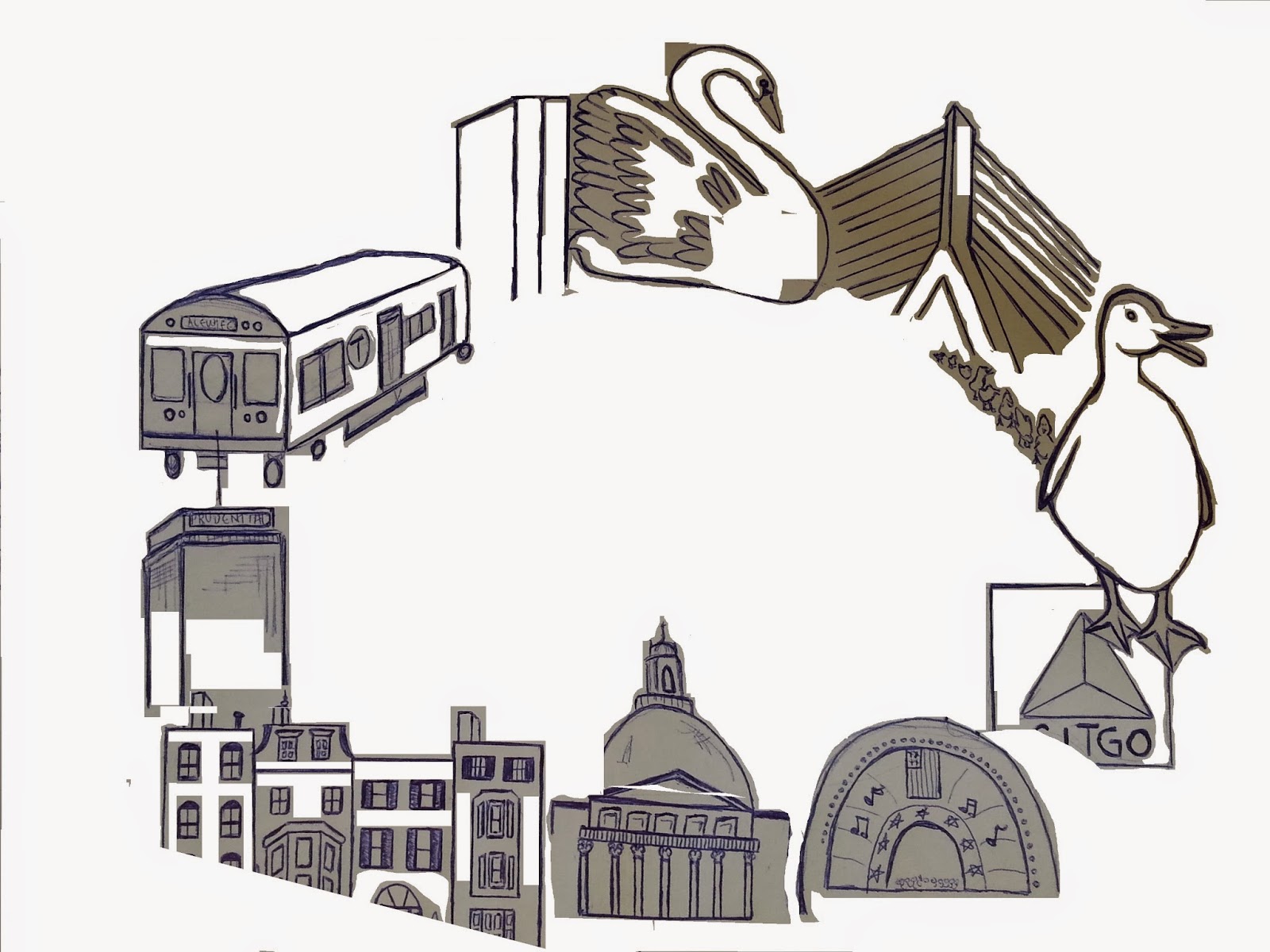 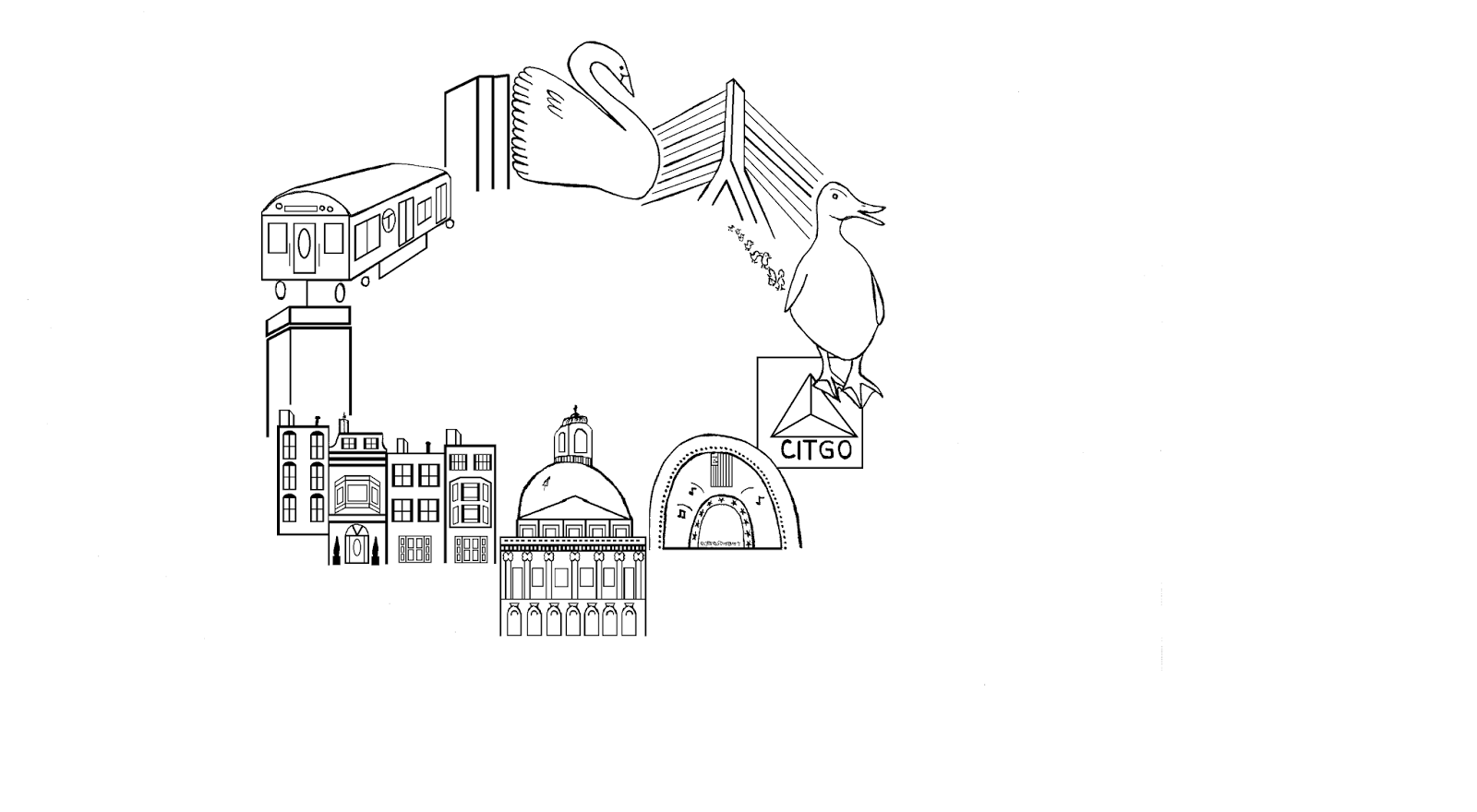 But we didn't love how the CITGO sign was placed, so we swapped it with the Hatch Shell: 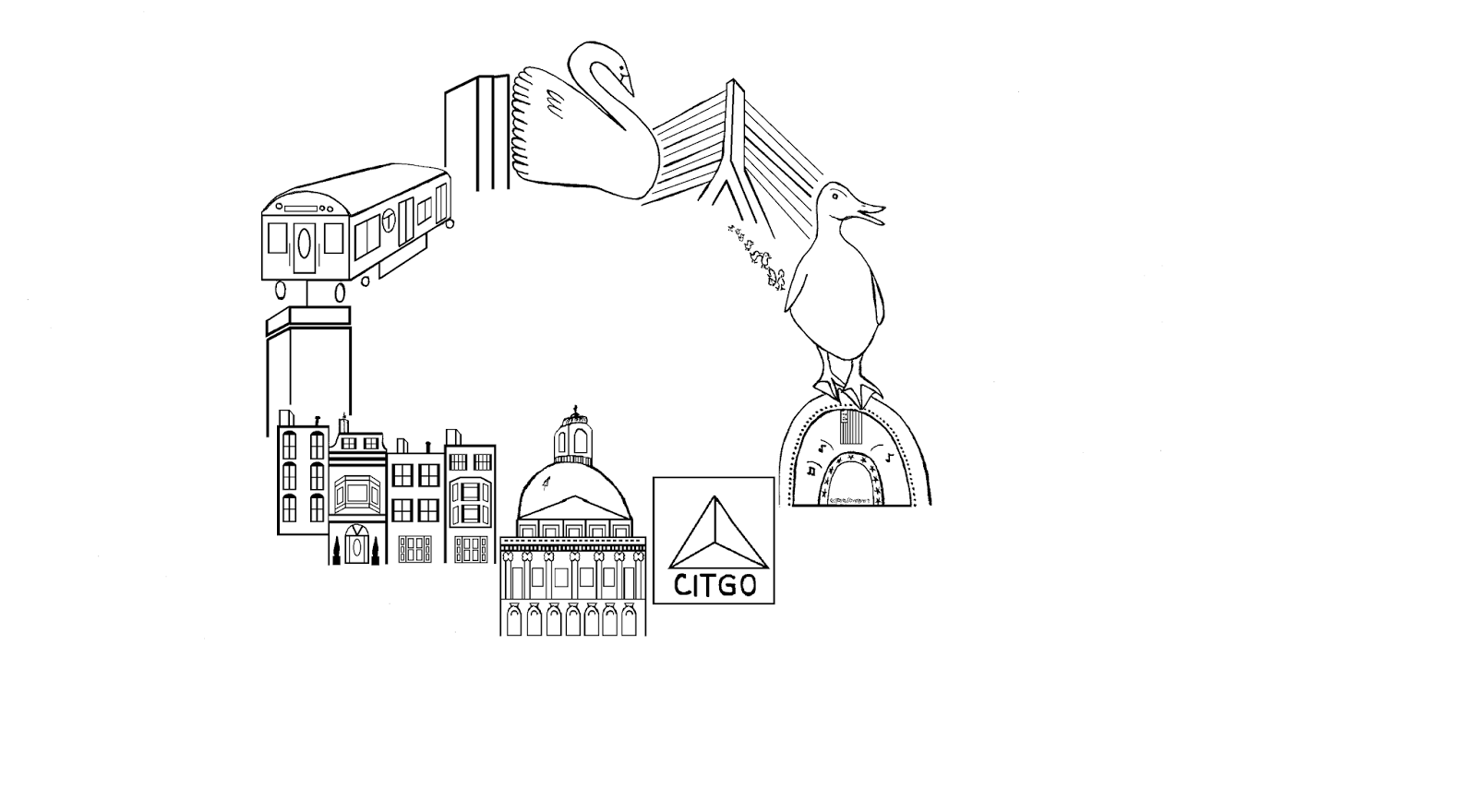 And then we didn't like the CITGO name on there at all, so we removed it.  And we added the marathoner.  And we moved things around a bit a few times until we got it to look like this: 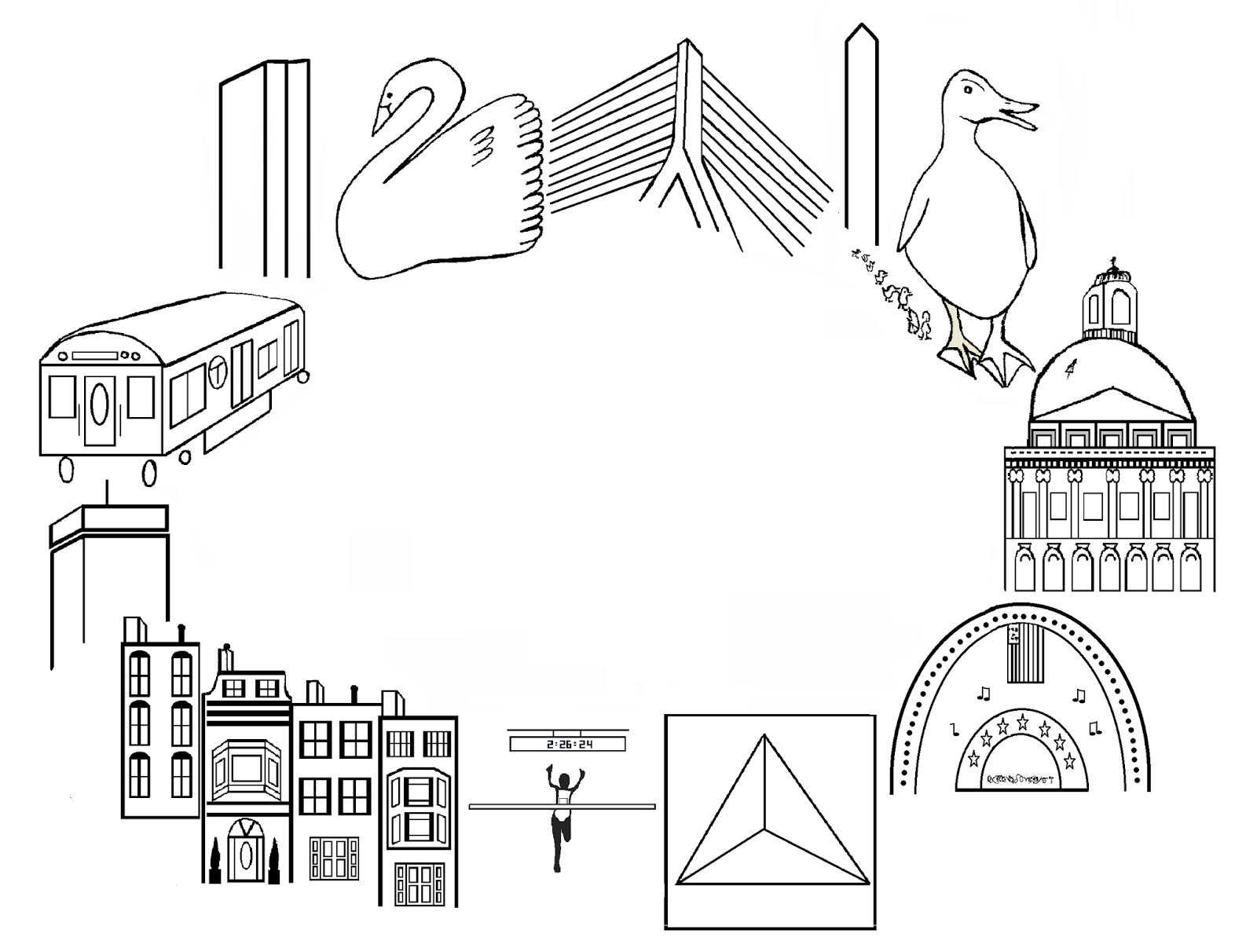 We were quite pleased with how it looked, but wanted to add a few touches of color.  Note the purple glass in the Beacon Hill Brownstones! Somewhere in the midst of this, we had separated out each landmark in order to facilitate moving things around and around and around... because we do that.
A few landmark drawings had to be put out of their misery (we *tried* a Trinity Church, but alas, it looked nothing like the real thing, and the Freedom Trail sign was also sort of a weird outtake).  Why did we feel the need to draw a Beacon Hill lamppost?  mmm... it seemed like a good idea at the time (did it?) 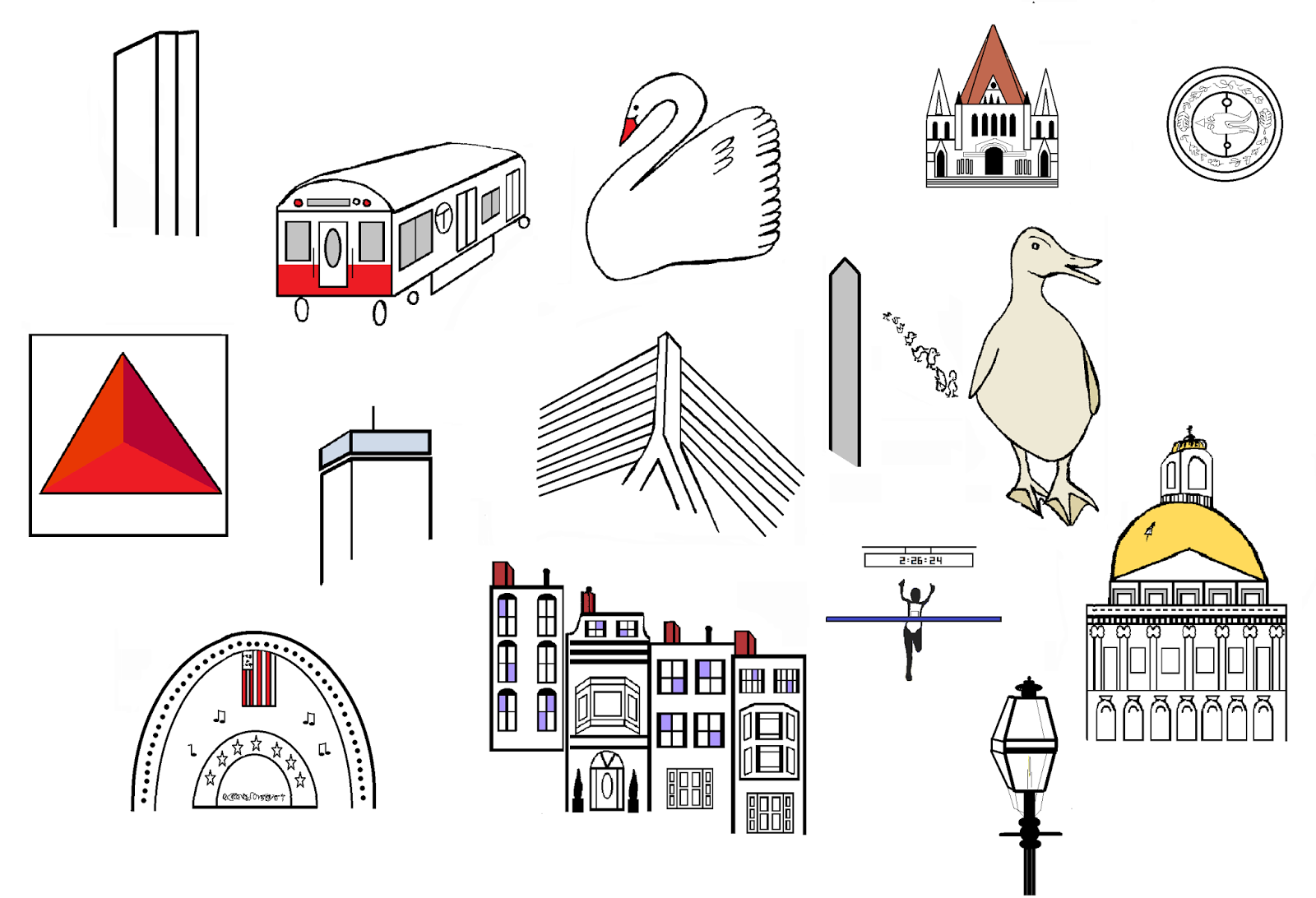 Since we had separated each landmark into an easily moveable piece, we decided to do the drawings as a line rather than the circle/oval, which is how we ended up with what became the Boston pillow:

And really, we just used the same drawings in the same order and swapped out the colored Boston for Cityette, and... there you go!  Phew!

Too bad when we started out, we never knew we'd be designing our logo.  We'll do a behind the scenes on the original version of that in a future post.

We like this one much better than our original logo, but hey, you have to start somewhere!  Actually, we're reminded of how we had wanted to do a calendar... maybe that'll be in the works in the future as well!